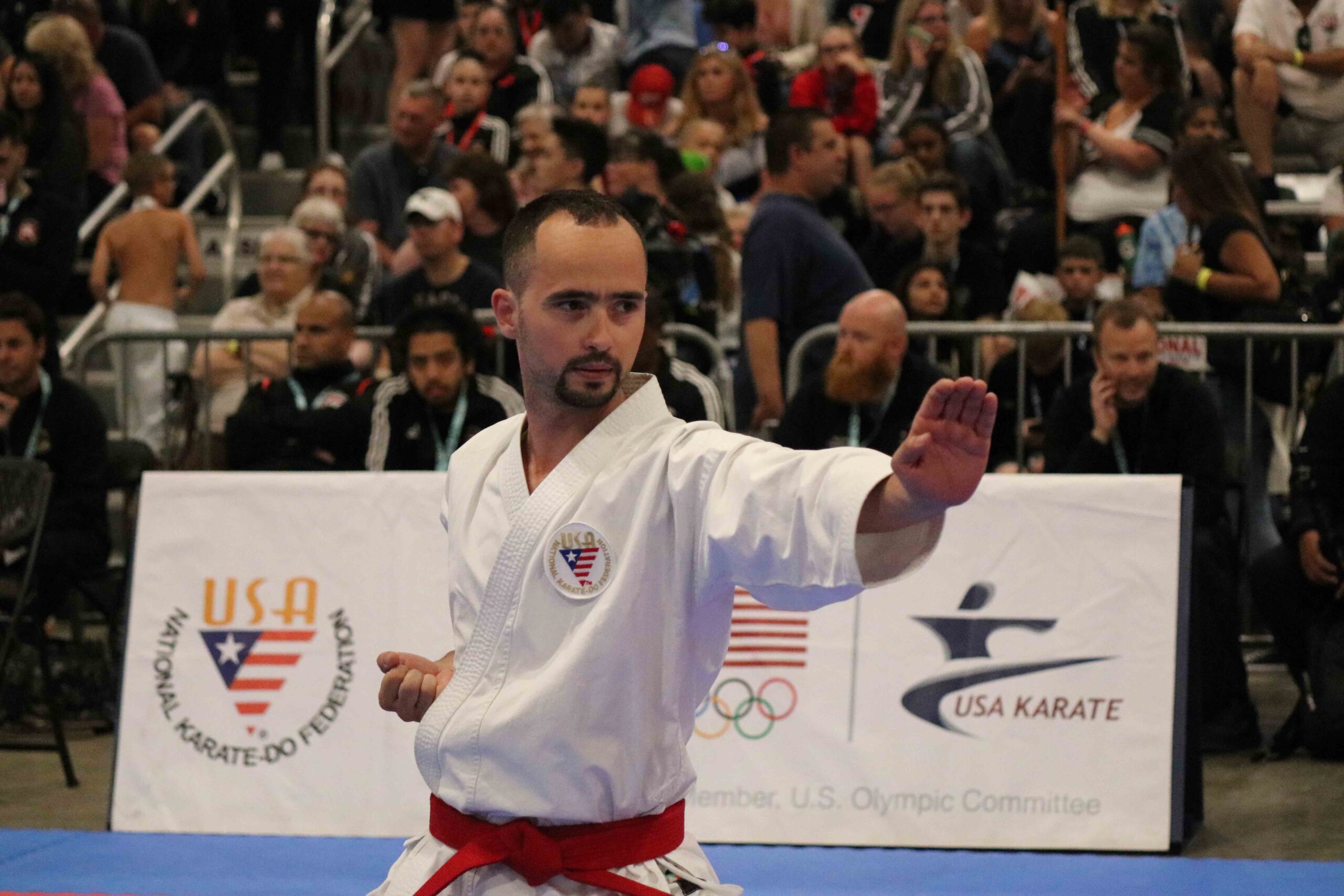 Sensei Dejan Miloshevski comes from Macedonia, where he competed on the national karate team and won numerous national and international competitions. He has profound knowledge in martial arts with a special focus on the katas and an explanation of the meaning of kata movements (Bunkai). In addition to karate, Sensei Dejan also trains in Kobudo and Real Aikido, where he has also achieved the black belt rank. While pursuing his master’s MBA business degree at the University Ss. Cyril and Methodius – Skopje, he started his karate referee career. Today, he is a World Karate Federation judge (WKF-the only international karate organization recognized by the International Olympic Committee) in addition to a European Karate Federation referee, which is the highest karate license in Europe for judging kata and kumite. Sensei Dejan has held seminars and trained numerous athletes in his home country of the Republic of Macedonia, as well as in the USA, Oman, Montenegro, Serbia, Bulgaria, Croatia, Germany, France, and Switzerland.

Are you ready to build a confidence of a champion?